On the day, seven years ago, Gareth Bale signed for Real Madrid for the basic living wage of One Billion Pounds an hour, both us and Hinckley United stood on the precipice of extinction.  Obviously, we were reprieved to fight another day, but Hinckley United were no more.  Between us and Hinckley we owed the money Bale would have earned for a training session.

With terrible, yet predicitable timing, just as Gareth Bale decided to finally get his arse off the substitute bench at the Bernabeu, take a pay cut at Spurs down to £99,999,999 per hour, it's the turn of Macclesfield Town to be wound up.

As far as we're aware Bale isn't directly responsible for every small club that is finished over sums of money he will easily find down the back of his settee with a little rummaging.  But he is certainly the poster boy for much that is wrong with modern football where the sport as a whole prefers to bolster an individual's bank balance ahead of securing the integrity of grassroots football for thousands of people who have no say or power. 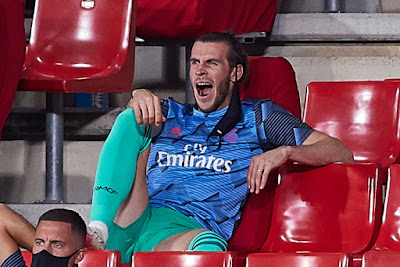 This yawn just earned Bale more than you and I will earn this month....

Taking care of their own

If you live long enough you will see a lot of weird stuff happening in football.  Wimbledon going from playing in the same league as the Poppies to winning the FA Cup.  And then playing the Poppies in the league again. Scotland getting to a World Cup finals.  Arsene Wenger actually seeing one of his players doing something wrong.  You know the kind of thing.

Personally one of the strangest footballing occurrences was the time, twenty plus years ago that Macclesfield Town were promoted as far as Division 3 (League 1) at the same time Manchester City had been relegated into the same division.  For at least one season, The Silkmen provided mighty Manchester City with their local league derby.  Classic!

Of course, within a few seasons the Footballing Gods had woken up and both clubs started heading back from whence they came, but it was amusing while it lasted.  If there's one thing the Footballing Gods, and their earthly authorities believe in is that there is a pecking order in the game, and you'd damn well better know where your place is within it.

Manchester City recently managed to overturn a Champions League ban for having their owners pump excess money into the club.  Of course they were guilty.  Sponsors don't usually pay 100 Billion quid to sponsor every ballboy.  The whole of football knows City spends infinitely more money than it can legitimately generate.  They were found guilty.  And then they got off due to a mixture of technicalities and the best army of lawyers that blood money can afford.  The status quo is restored and Pep can stop blubbing, safe in the knowledge he can f*ck-up next season's Champions League campaign.

Shortly after this happened, with far less media coverage, and after the season had ended, The Football League triggered a suspended points deduction against Macclesfield Town, causing their relegation back to Non-League.  Even though Stevenage were by far the worst football team in the league, they are reprieved, and the Silkmen were dumped back with us footballing non-entities.  No appeal.  No army of expensive lawyers this time.

Off you pop Silkmen!

An official FL statement at the time read* "Know your place Macclesfield and f*ck off quietly.  Anyway, Stevenage have just built a new stand and it will look jolly nice (if sparsely occupied) on the Football League TV show on Quest TV next season."

As ever, one rule for the rich and another for the poor. 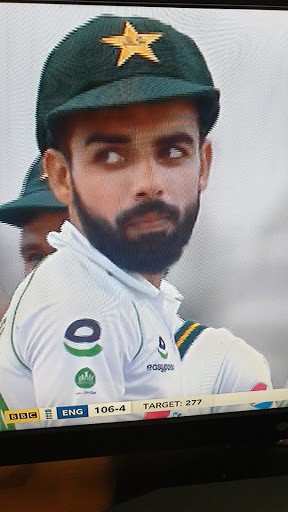 But your boys took a helluva beating!

It does seem to the PATGOD writing duo that we've done a whole lot of heavy lifting over the past four decades covering, at an admirably amateur level, all things Poppies.  We've not quite been entirely on our own.  Others have occasionally felt the urge to record for posterity their thoughts about lack of chips in the stadium, or whether Sam Cartwright could trap, pass, head or even recognise a football.

The right hand side of this page has numerous links to webpages set-up by eager PATGOD-wanabees, all initially fired-up with bubbling enthusiasm and a killer first article, but soon taking years between postings.

It can be tough coming up with a constant stream of interesting and wittily prepared offerings (as we often prove!) and we applaud anyone who attempts to offer the Poppies-supporting public something new and fresh to read.  Or, now, to listen to.

That's right.  You can now listen to considered, amusing chat about OUR football club here -

You are just one "click" away from listening in your own home, or better still, workplace, to the sort of annoyingly young, hip and happening people you wouldn't dream of ever interacting with at Latimer Park or on a faraway northern terrace on a Tuesday night!

Now we know then

This afternoon Altrincham won away to Boston to earn the second promotion slot to The National League.  Bye bye Alty.

OK, so Gateshead let me down.  Useless plastic Geordies.  Still, I'm not one to hold a grudge, and I've no problem accepting Alty escaping our attention next season.  They've beaten Chester, Boston and York in the play-offs to earn the right to be one of the dozens of teams that hopefully take 6-points off Kings Lynn next season.

I'm already looking forward to seeing Boston's new ground next Christmas.  It's not THAT far out of Boston, but it seemed almost as close to Kettering.  Of course, this is providing the ground has been completed.  And we don't have a second spike.  And fans are allowed into stadiums.  And we're permitted to travel anywhere.

I'm less keen about visiting York's new ground, because, let's be honest, 99% of the attraction of this away fixture is spending time in the City Centre before and after the game, and not travelling miles to an out-of-town plastic ground, from where the mighty Minster is a distant notch on the horizon.

Heading in the opposite direction to Kings Lynn and Altrincham are Chorley and AFC Fylde, who will take their place amongst us National League wanabees.  I don't know how long it's been since we regularly played Chorley, but I can't think of them without the words "80's Conference fodder" following closely behind.  As well as "Coming in your ears....!"

As for Fylde, they seem to be one of these "new money" teams that come from nowhere, burn bright and then sputter out as soon as the owner realises they are wasting both their life and their money  (see - Rushden & Diamonds).  The club are located in what appears to be a populationally-challenged black hole of nothingness (see - Rushden & Diamonds, again).  On paper, it would seem the last place in England you'd decide to create a football club.  (See - Ru- you get the point?)  If nothing else, they are well placed geographically for a post match evening in Blackpool assuming this such a thing still appeals to anyone anymore?

The long-rumoured Nationwide North play-offs begin today, with Brackley, Chester, Gateshead and Altrincham vying for the right to take on York and Boston, for the further right to play Kings Lynn again next year in front of their dozen travelling thugs.

County loyalties suggest Poppies fans should support Brackley's push for promotion, but I don't want them putting us firmly back into third place in the County pecking order.  And I didn't rate them when we played them at their place.  At all.  And Dan Holman is a scabby Judas.

Old rivalry loyalty should tip us towards backing Alty or Boston, but they are both good, traditional away trips, so no dice there.  Already looking forward to going back there next season.

We are exposed to so little culture these days that we can scarcely afford to lose either York or Chester, so they're out.

That leaves entirely unloved Gateshead, where it's too far a trip to be sat in a stand that's too large, watching a game from too far away.  F*ck Gateshead, and all the best to them in the play-offs!