Good to see Woy’s Crystal Palace doing their bit for the magic of the Cup by knocking out Spurs today.  If one Premiership side beating another doesn’t seem that magical, you’re perhaps forgetting that Spurs are now the biggest clear and present danger to our all time goals record.

We began this season with a slender lead which we managed to extend to 16 before deciding to concentrate on the league.  Then Spurs immediately signalled that stealing our crown was very much in their sights by sticking 7 past Tranmere and trimming the gap back to single figures.


The fact that Pochettino chose not to go public on this just underlines its secret importance within the Spurs camp.

It was all starting to get uncomfortably close. All that stood between them and top spot was a couple of favourable draws, or Kane staying fit.  Patgod wouldn’t normally wish any harm to the unassuming England ace, but we were punching the air when he was ruled out for 6 weeks.


So we can puff on that cigar and enjoy our unique record for another season, with hopefully a few more ties to keep Tottenham at bay.  And a nice twist that Palace did us a favour on the same patch of south London where we scored one of those goals 30 years ago this weekend. 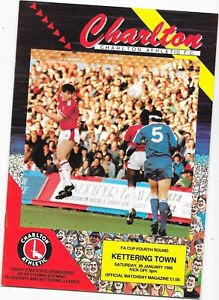 After 24 hours of calm reflection, there are two things to say about the Stourbridge result yesterday.


The first is, well played Kettering for having the character to turn the game around in the last few minutes, when it seemed we were about to be unfairly denied, and reclaim our place at the top.


Bliss it was in that dawn to be alive, but to be behind the Stourbridge goal was very heaven.  It even out Diamonded the Diamonds game.  An instant 'I was there' - like Ernie’s late winner at Boston back in the day and others like it - to be recalled whenever we need reminding why we bother.  The sort of moment when it takes a second to absorb that this is really happening, then grown adults go nuts and we go on to witness crazy things like Marcus pogoing in front of the away end (just like Peter Morris at York St – only kidding), and Aaron hobbling onto the pitch to take a photo, apparently of himself!
And what a contrast between the scorers – Brett, 500+ games, club legend, still a key man at big moments after all these years, and a kid on loan making his debut who if he never does anything else in a Poppies shirt (and he might not) will always be remembered for that free kick. 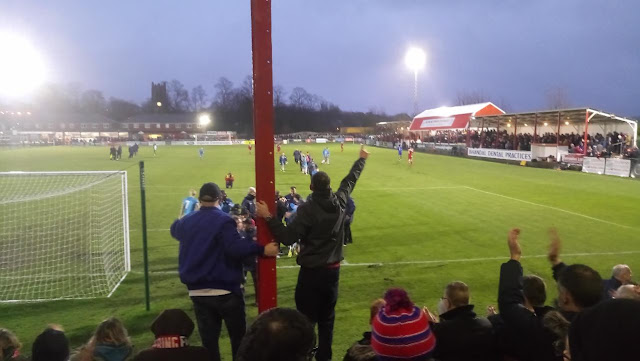 "The Least from the East"

If we'd been travelling and the game was called off for tonight's "Heavy Snow" we would not have been impressed.

We might as well turn football into a Spring-Summer-Autumn game and have done with it. 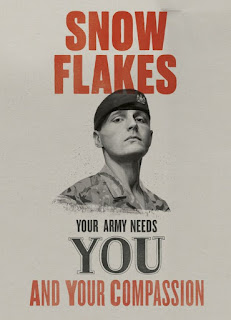 We all know Dan Holman is class.  We know that being of National League quality means he has a great first touch, good vision, and a predatory eye for goal.

What we didn't realise is that training at National League level these days extended as far as professional media deportment.  But it seems, looking at various of Dan's photographs, that he has received a fair amount of posing-training to get his best side and smile, front and centre whenever someone says......"watch the birdie!"

A half season of two halves

As the Poppies stumble and thrash away a great position at the top of the league we are all looking for answers.  Why does the team that looked unbeatable a few months ago suddenly struggle to overcome the most modest of opponents.

From the outside, and with no great pretensions to football knowledge or management skills even the most cursory look over our season so far tells you all you want to know.  Or not want to know.

Leaving aside the noddy cups for the sake of clarity during the first 16 games of the season, we played Rhys up top, on his own 12 times.  And three times with Borg alongside him, and once with Aaron.  Our record for this period reads Won 13, Drawn 1, Lost 2.  Top of the table - Confererence North thumpings, here we come!

However, our record over the next 15 fixtures makes far less pleasant reading.  Won 8, Drawn 2, Lost 5.  Play-off thumping, here we come!  But the bare statistics don't tell the whole story.  The last 15 games we have played three up top on no less than 11 times, with 4 defeats coming under this formation.  This is bad enough, but, in many ways the story behind the results is worse.

Other than the big recent win against Hitchin, when was the last time we looked better than the opposition, or even worked as hard?  Even our wins are increasingly hard fought and touch-and-go.  Compare this to some of the flowing wins full of footballing pomp we initially enjoyed this season.

What's the difference?  Pretty obvious we think.  Even with our lack of football knowledge or management skills.

OUR DEFENCE IS TESTED MORE

This week's storm in a teacup about an errant tweet from the KTFC account aimed at AFC Scum-lite truly shows how far as a species we have descended into cotton-wool-wrapped-safe-space b*ll*cks.

No more stiff upper-lips.  No more taking it on the chin.  Barely three generations on from fighting them on the beaches we collapse into a state of panic, adopt foetal-position, and experience stupefying shock about....... reading words we don't like!

Someone wrote something insulting about the junior Scummers without checking what Twitter account they were using.  Realises it is through the official club one rather than his own and deletes it.  That's it.  Dumb thing to do.  But no-one died.  Or was physically harmed.  Or psychologically scarred.  Should it have happened - no.  Did it happen  - yes.  Was it removed - yes.  Should that have been the end of it - sure, why not.

A few Inbreds might have been nonplussed by the message.  They would have moaned.  The A6 bridge troll might have shook his fist in our general direction.  That should have been it.

But no, not only do the Direones act as though we'd tempted their sisters away from the communal straw bed, Poppies fans then back them up with cries of horror, regret, empathy, and apologies.

Apologise?  Hell no, not in PATGOD's name!!!

One more time, for anyone not keeping up with the relationship between us and them....

Rushden & Diamonds FC was a plague on non-league football, and did more to destroy the part-time game and the Poppies in particular than any other organisation.  They died.  Football cheered.

AFC Rushden & Diamonds FC was set up by people wising to honour the legacy of the original club (without making an effort to save it of course).  They could have called themselves anything.  Rushden FC.  Ithlingborough FC.  Webbed-Fingers Athletic FC.  Anything.

But no, they wanted to ally themselves to Grigg's monstrous hobby, and be seen in the same light.  Well, congratulations - you are.  If you want to be seen as the footballing equivalent of the Galactic Empire you can't complain if everyone cheers when Luke Skywalker slams a missile into your Death Star, can you?

Five things we learned from the Diamonds game

1. So this is how it feels to beat them at home
We’ve been trying, on and off, for over 20 years, enduring defeat after defeat, the memory of some of them even now suppressed by daily medication. They even knocked us out of the Cup in the last ever tie at Rockingham Road. Clearly we must have done something very wrong in a previous life to suffer so horribly. But we've broken our cherry at last, and our record against them on New Year’s Day is now played 2, won 2!


2. Paul White does a mean Conor McGregor when he needs to
Check out the Facebook clip and enjoy the celebration of our winner that earned PW dog’s abuse from the turnips behind him, and a spot of bother at the final whistle.  We demand an encore at Hayden Road!


3. The Adam Cunnington thing still isn’t working
Introducing this towering square peg into our mobile front line has skewed the balance and apparently demands that we pump it long and hope for a knockdown, rather than the tactics that served us pretty well until his arrival. Up to a point he can’t be blamed for doing the job he’s asked to do, but there are already signs of frustration and it would help if he didn’t have the air of someone who is better than all this. Holman definitely is, but works his socks off.


4. Diamonds fans have no sense of irony
“What a waste of money” sang the turnips as Cunnington fluffed his overhead kick and Holman failed to score.  Between them probably earning about 2% of the wage bill that the previous bastard incarnation spunked out to buy their way into the League. Also amusing was “We’re going back where we belong”.  What, the UCL?


5. If we go up, we’d better get used to being locked in at the end
Segregation of a tiny ground with only one point of entry was never going to be easy, and allowing the away fans to disperse first was probably on police advice. It’s certainly not hard to imagine some of our vocal element having a go whilst heading out, regardless of the result. Next year could bring even larger visiting numbers if any one of several ex League clubs is having a good season. Whether, warmed by our most pleasurable late winner in years, we’ll always be as cheerfully patient is questionable.
Posted by PW at 14:46 No comments: