And there you have it folks.

THAT miss. In all of its glory.

The missed opportunity against which all the others are measured.

The miss, which, seemingly was witnessed first hand by more people than have ever attended a fixture at Rocky Road.

Sam Banya came to us with an incredible lower league scoring record, probably from the level we're at now.

My favourite crowd reaction is the guy in the light top, to the right of the goal who has to turn to a friend for a consoling hug and, I daresay, a few tears.

KTFC Chat melts down for the umpteenth time

The announcement by Gary Mulligan that he has quit the Poppies for retirement at Steal Park has almost broken the internet.  Well, the little bit of internet in the NN15/6 postcode area.

Hot on the heels of the recent vague rumours the club hadn't paid players / backroom staff, and a couple of players have signed for other clubs, that had the KTFC Facebook page trembling with tearful indignation, the departure of Gary seems to have sent us over the top.  A kind of mass psychosis has afflicted normal supporters as well as the usual knee-jerk fringe.

In the real world this has happened: -


In KTFC Chat world the same events are resonating more like this: -

England are doing well at the World Cup*.

Any danger of us all chilling?

*all information correct at the time of writing.....

So are you gripped by World Cup fever yet?  Is the wallchart ready for its first entry?  Three Lions echoing round your head?  Giant flag dangling from the front bedroom window?  Fridge fully stocked with goodies?


Only one of the above?


Following England through tournaments does this to you. From “here we go!” and the golden generation to "here we go again" in, er, a generation. Absolutely no one is predicting we’ll win it or even get close. It comes to something when the Sun sends the boys off with the rallying cry
DON’T EMBARRASS US
IF YOU CAN
PLEASE


So at long last we have a realistic view of the team’s prospects, which fits very well with sensible, realistic Gareth and his style of management, very much the thoughtful new teacher in charge of a bunch of unruly teens and gradually persuading them to stop bringing knives into the classroom.


The new England might not have the big names of previous years but they are comfortable with talking about their feelings. That’s obviously a good thing, and would be even better if those sentiments shortly include how it feels to beat Belgium. Gareth has wrapped an emotional blanket around the troubled Sterling, quite correctly understanding ‘that tattoo’.  Most of us are able to simply make a mental note not to possess an automatic weapon, but Gareth sees it from the player’s point of view and that’s fine. If Sterling can stay on his feet long enough to make a mark on this tournament, he can have a bullet belt inked around his other leg for all we care.


So much rests on Sterling, and obviously Kane. The BBC have included Harry as a central figure in their Soviet-style opening credits for the competition.  That immediately makes me very uneasy.  Last time, I think it was Gerrard, which was harder and harder to take during the many weeks of viewing after we left the party. But there’s that ingrained England pessimism at work again.  One day, surely, on the monkeys with typewriters principle, we will manage not to stink out a World Cup and actually cheer up a nation rather than plunging it into yet more post millennial gloom. This time?  More than any other time, this time? 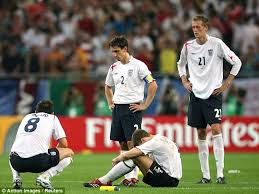 Linnets Board misses the mark by even further!

For any slight gripe we, as Poppies fans might have about the pricing structure for the forthcoming season, one has to feel for supporters (well, not their pig-ignorant faction perhaps) of Kings Lynn FC.

For Level Seven football Kings Lynn are charging a rather hefty £13.00 entrance fee.  Attending all 21 leagues games next season will cost an adult bumpkin £273.00.  A season ticket will set them back £260.00.  So, for paying out in advance for several months football will save a Linnets fan the grand sum of £13.00.  One "free" game for shelling out £260.00 to their charming Chairman -

Would you buy a used season ticket from this man?

Mind you, can you put a value on not having to queue twice every match, once for a ticket and then 10 seconds later to hand over the ticket you've just bought?

The cost of £260.00 is more than four Championship clubs charged for their cheapest season ticket last season!  That's Level Two football, by the way Mr Cleeve.

Poppies Board misses the mark

In a decision akin to watching Paul White juggling during a Play-Off Semi-Final our club board has badly fumbled the ball with regards to admittance pricing for next season.  Not across the board though.  No, if you pay on the gate, or reserve a seat, or reserve parking, nothing has changed.  The only difference is we a more manageable league 21 games, rather than the unwieldy 23.

Last season by buying a season ticket you effectively "got in free" to three games over the course of the season if you considered it would cost you £230.00 if you paid on the gate every match.

For 2018-19, a season ticket holder gains just 2 full games for the pleasure of shelling out a thick wedge of cash months in advance, without knowing how many games they might have to miss over the course of a year.  This may seem like a minor thing for anyone who doesn't hold a season ticket, but is enough of a disincentive to make a lot of season ticket holders think they are getting a bit of a rough deal out of the club.

The club can point to the free access to Poppies TV as a selling point for getting a season ticket, and it would be were it not for the fact that the very people unlikely to benefit from this excellent service are the very supporters who are season ticket holders!

Take away this "benefit", and the rest of the advantages of being a season ticket holder are thin on the ground.  First dibs on tickets for big Cup ties held more sway when we actually played big Cup ties.

The pre-season event at Latimer Park for season ticket holders has, in the past couple of seasons given us a long-winded, and sometimes worrying glimpse into Marcus's psyche, plans for developments at Latimer Park that don't seem to be getting any closer, and a look at a new club shirt that won't be available to purchase for several months.

And that's pretty much it.  But, generally, you don't buy a season ticket for a long list of benefits.  It's usually more to do with convenience, and thinking you're doing your bit to help the club a little.  It just seems unfair that the only reward you get this coming season for paying up front is one less "free" game.

At the end of the day, it's not the fact that all logic would dictate a season ticket price of  £180.00 to keep it in line with the other pricing at the club, that grates.  A fiver one way of the other is not a problem - this is my usual weekly contribution to never winning the Klondike!  It's not the amount.  It's the principle.

A look across what other clubs in this division are doing throws up a lot of interesting season ticketing detail.  Leaving aside money-grabbing Kings Lynn and their "colourful" owner, who probably still believes his club was promoted, there are a lot of good offers out there.

Most clubs offer a cheaper season ticket price than us.  And at most of these clubs you don't end up with more mud on your shoes than the players!  Some clubs offer free admittance to reserve games and pre-season matches as part of the deal.  A lot offer "early bird" discounts (AFC Scum have announced an early bird offer fully £26.00 cheaper than our season ticket (offering fully 5 "free" games) and extending the term "early bird" to it's fullest by extending this offer to mid July!

At a time when our lack of facilities mean we struggle to attract and keep appreciable amount of new or returning fans, punishing the hardest of the hardcore, even in a very slight way, seems like an unnecessary own goal from the club.