On current evidence we had better make the most of Dubi while we can. A little over a week ago I’d never heard of him, in a week’s time he might be snapped up by someone in a higher league.  Certainly it seems only a matter of time if he keep racking them up.  What on earth was he doing at St Ives, the dictionary definition of football nowheresville. Was it some kind of community service?  Peter Morris took a chance on notably less talented players at Conference level.  Often.

But apart from this instant scoring sensation what of the Poppies at the moment? As a sporadic viewer lately, I tend to see them every few weeks.  Usually that means spending at least 20 minutes trying to work out who the five new faces are.  The turnaround of players at this level takes some getting used to.  The keeper is never the same, so I don’t bother with him.  Logan is the ginger nut, and Henry is Henry.  I had a handle on Brad as a tubby balding version of a guy who played for us 10 years ago, but then he quit in a strop over something.  Sometimes the substitute turns out to be a name I thought had moved on, only to be told that he did but he changed his mind last night or this morning or just before the team sheet was handed in.  Just as well the website is so out of date – keeping track of all these movements would be a full time job.

But the main thing is that this player churn is building a stronger team.  The individuals change from week to week, but as a group they are getting better. A number of them now actually look like semi-pro footballers rather than ordinary guys who play a bit in their spare time. And then there’s Ogbonna, who looks like he could shoot us into the playoffs on his own if only we could hang on to him for a while.  Here's an idea. At every home game we have two bucket collections – one for ground improvements, and the other a Dubi retention fund which he can only claim at the end of the season or on reaching 50 goals, whichever comes first. 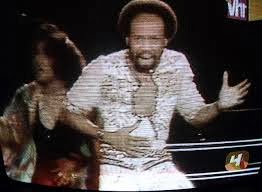